California voters have opted out of Proposition 15, a measure that sought to increase taxes for industrial and commercial real estate in order to raise funds for schools and local governments.

Defeated by a margin of 52 percent to 48 percent, Prop 15 sought to amend part of 1978’s Prop 13, which requires that all residential and commercial properties in California be taxed at their purchase price with annual increases capped at the rate of inflation or 2 percent, whichever is lower.

Prop. 15 was estimated to have generated between $8 and $12.5 billion in revenue a year. The change from the purchase price to the market value estimate would have taken effect at the beginning of the fiscal year 2022-2023.

Distribution of the Prop 15 funds would have required a process to be created in the state constitution in which 60 percent would be given to local governments and 40 percent to schools. Community colleges would receive 11 percent of the revenue. The other 89 percent would go to public schools, charter schools, and county education offices.

Prop 15 was placed on the November 2020 ballot after the coalition Schools and Communities First gathered polls and over $1.7 million signatures and the sponsorship of essential workers, educators, and others on the front lines of the pandemic. To proponents, Prop 15 was a plea for help.

“Now more than ever, we need to support those heroes on the front lines who have been caring for the most vulnerable, educating our children, and keeping Californians safe – the Schools & Communities First initiative puts more resources back in the hands of local leaders who best know how to address local needs and priorities,” said Alex Stack, Schools & Communities First Communications Director in a press release.

Prop 15 received staunch support from the Bay Area, Los Angeles County, and other areas where county and city governments would receive the most revenue. These were highly targeted areas for ad campaigns that argued that the funds could be used to fund school districts that have been hit drastically by the pandemic.

“Voters saw through proponents efforts to mislead them and profoundly rejected it,” said Michael Bustamante, spokesperson for the coalition No on Prop 15.

Opponents labeled Prop 15 as “flawed” and a crippling $12.5 billion a year tax that would only do more harm than good for California’s already struggling small businesses. The economic impact of the pandemic has put many business owners against the wall as covid cases have risen across the state.

“California voters understood the very real threat Proposition 15 presented to small businesses, farmers and consumers,” said Allan Zaremberg, president and CEO of the California Chamber of Commerce. “Voters in California smartly recognized that enacting the largest tax hike in California history would have been devastating to jobs, our economy, and California’s future competitiveness.”

Opponents also argued that Prop 15 would be a prospective administrative nightmare due to appeals made by property owners who feel their tax is too high and would take years to appeal and/or resolve. In addition, the measure was also criticized for not providing immediate revenue because it wouldn’t take full effect until 2025. Michael Bustamante tells DTLA Weekly that the measure didn’t pass because the consumers saw how the measure would potentially impact the cost of living.

“It’s the tenants, the small businesses, who would ultimately be paying the increase in property taxes. What does that mean? That means consumers would be left on the hook.”

Mr. Bustamante continued, “When farmer’s property tax bills go up those costs get passed on to consumers too. This is why when consumers took a look at this they realized they were going to be on the hook for this $11.5 billion tax increase, which had it passed, would have been the largest property tax increase in California history.”

Since its inception in 1978, numerous attempts have been made to amend and/or repeal the iconic Prop 13, either completely or in part. Thus, given the relatively narrow margin of the 2020 Prop 15 vote, it should be expected that California residents will see similar measures on future ballots. 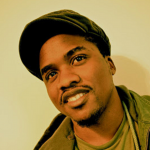 Dan Devon is a writer currently living in Los Angeles.